IKEA: The Land That Time Forgot 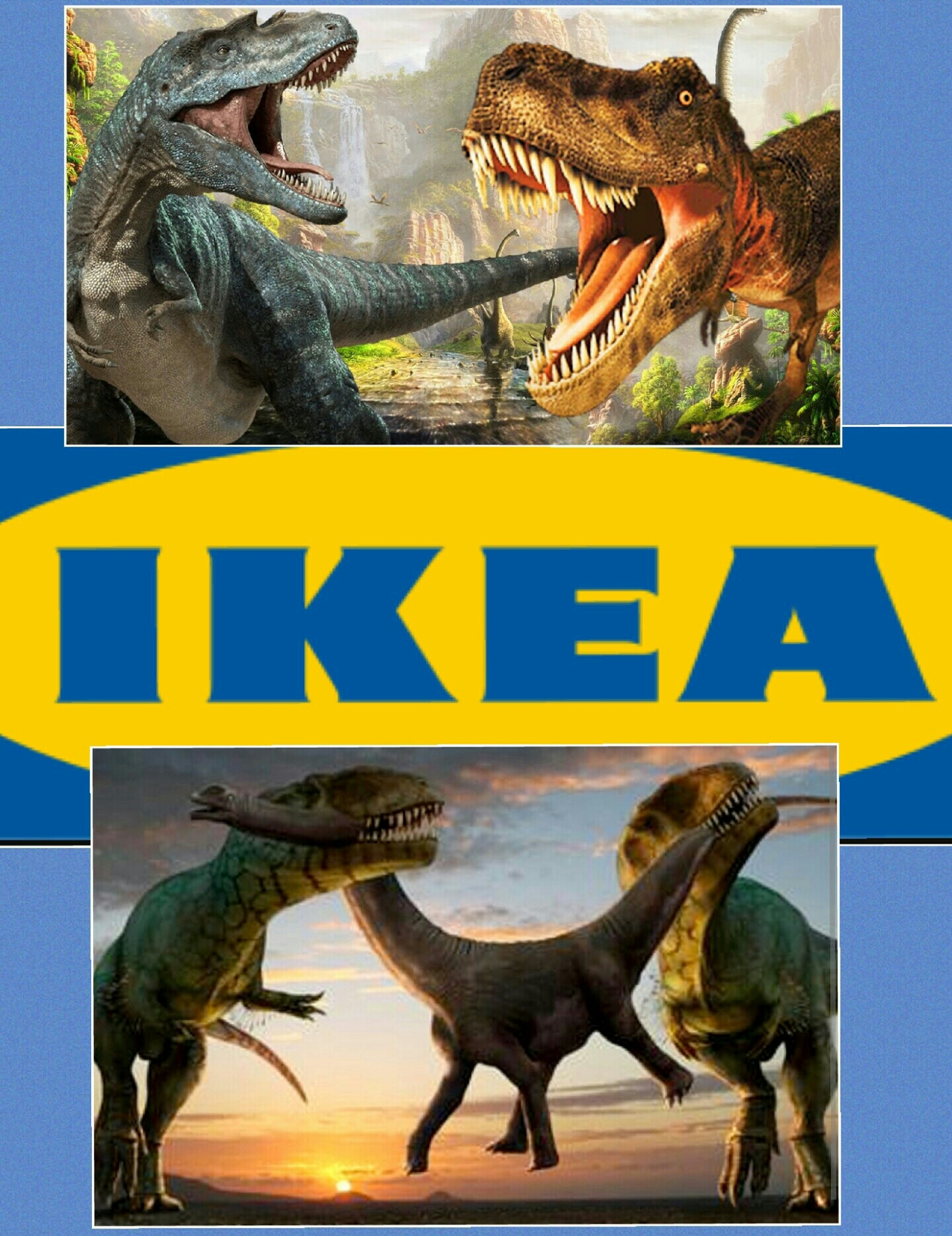 Back in the land of dinosaurs, the marketing Gods in Ancient Sweden came up with an idea for a store, a store which sold “furniture” of sorts…and meatballs.  Why the food was necessary will be revealed.  They built a store, and deemed it too small, so they built another one, and it was also too small.  When they had used every building resource known to prehistoric man, and made a giant monolith almost taller than the eye could see and equally wide, they proclaimed it done.  They hired six people to work in it.  And they named it IKEA.

IKEA stood the test of time, for many years people came to it.  Many, many people came to it.  Some were even hardy enough to make it through to the exit and were seen again; most were not.  Those who did, usually called the “Planners”, had stocked up on meatballs at the entrance.

The store had arrows that took the people around in a large uneven square, over and over, while three of the six employees hid nearby, and would occasionally come out to point and give long nonsensical directions to anyone foolish enough to think the employees were there to help them eat meatballs, er, buy “furniture”, or escape.   Ask any employee and when they had recovered from the indignity of being asked to assist a customer, they would inform the person that IKEA was a “Self-Serve” store—meaning that customers were expected to have studied the ways of IKEA beforehand if they didn’t intuitively know the answer to all their questions.  It has been said, that the design for today’s roach motel was patterned after an IKEA store in Pittsburgh.

The employees were rumored to have been made to walk all the way through IKEA’s entire store to get to their time clocks, which accounted partially for their attitude and high level of physical fitness to run from victims, er IKEA customers.

Those hardy customers who made it to the checkout lines, would be greeted by a dour faced clerk whose sole job it was to figure out what they had done wrong, and which Customer Line of Shame they should go to.

The resilient few who not only made it out, but made it out with “furniture”, had the next challenge in the quest—assembling the “furniture” with directions made from the store’s earliest futon pictographs, as no words were allowed to clutter up an IKEA instruction sheet.  That time, known as The Assembly Month, lengthened the amount of time before your “furniture” fell apart to two months.

With such survival –hardy systems in place, it is a certainty that IKEA is the one store which will still be standing with six unhelpful employees when there is nothing left but cockroaches.